Martin Margiela’s work has consistently been based on infinite respect for women. During his time as a designer, Martin Margiela not only designed for his own label Maison Martin Margiela but was also creative director for Hermès from 1997 to 2003.

Margiela preferred to use natural women in his shows for both Maison Martin Margiela and Hermès. Given that he wanted to present his collections for Hermès on self-assured women with a mature aura, he found younger models less appropriate. He chose women of all ages, from 25 to even 65, something that is extremely unusual in a fashion world that has youth as its ultimate ideal. His collections for Hermès centred on the comfort of the women wearing them. Models were sought who are able to express this comfort in the show, moving naturally and radiating an allure of certainty.

For the exhibition Margiela, the Hermes years, three former models for Hermes were invited to feature in especially commissioned films entitled ‘Les Gestuelles’. These films show the timeless characters of his designs and how the master’s hand is shown in every detail.

For his Maison Martin Margiela shows as well, he sought women with character amongst friends and acquaintances, and through street castings. The Margiela woman experiences his ideas as statements, and finds wearing them exciting. She finds energy in the controversial and in unexpected creative innovations. Comfort is not her first priority but rather the expression of her artistic sensibilities, originality and even daring.

At some of Margiela’s shows, the faces of the models were rendered incognito as a statement to question the excesses of the celebrity and supermodel cult of the eighties and nineties. Like the designers, the models became anonymous so they were not presented or objectified and unattainable fashion ideals but as free individuals in charge of their own bodies.

MoMu's Gift Guide: 5 Christmas gift ideas from MoMu to you 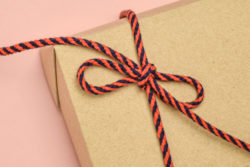